Everything You Need to Know About Virtual Reality 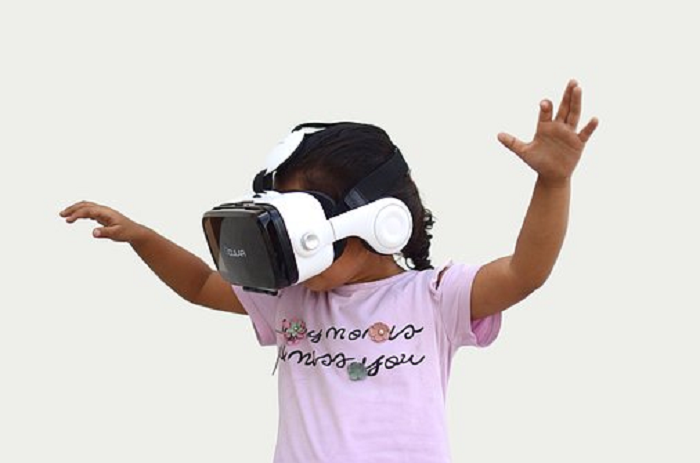 VR became an instant success once it hit the market and many people are enjoying the technology now in their own home. The majority of people use VR for entertainment such as games and films. But, many people really don’t know what it took to create VR, how it works or what are the essential elements of VR technology. Here is the lowdown on VR that you need to know.

VR or virtual reality is a computer-generated environment that allows users to experience a simulated world. The world that VR creates can either be a world similar to something in the real world or it can be built from scratch, new fantastic worlds that let users experience things outside of the norm. VR is engaging and interactive as it involves the various senses of the body. VR technology uses headsets or multi-projected environments to create realistic images and sounds. Sometimes, real physical props and settings (like specially designed rooms) are used to enhance the computer-generated experience like in virtual reality escape games.

VR can simulate a user’s physical presence in a virtual world. When the user places the headset on, the user is immediately transported to another world that is separate from their actual surroundings. The user can look and move around the imaginary world and interact with the various virtual features and items found in the imaginary world.

How was VR invented?

VR has its roots in technology developed for smartphones like gyroscopes and motion sensors (for tracking movements of the head, hands and body positions), small HD screens and processors. These various advances in the technological field made it possible for VR developers to create the VR headset.

How does VR work?

VR developers create VR images and video through omni directional cameras (also known as 360-degree cameras or VR cameras). These are cameras that can record pictures and video footage in all directions. The developers also use photogrammetry which is what they use to create very detailed and realistic looking 3D objects and environments in VR. To be able to produce these detailed 3D objects and create realistic environments, photogrammetry combines several high-resolution photographs. The VR developers then weave the various images and footage together and edit it to look seamless.

The other elements of VR technology

VR doesn’t only make use of visuals; it also must engage the other senses. That’s why it makes use of sound effects and hepatic sensors.

Once the audio, the visual and the haptic is connected, it will create a truly immersive and interactive 3D environment. It is what makes VR so great!

Cats can be a wonderful and rewarding addition to your household. For many people a house doesn’t feel like a home unless it has...
Read more
Featured

Winning Fantasy Sports activities may be easy, however it takes time and preparation. There are positive steps that want to be taken earlier than...
Read more
Featured

Proofreading is the bane of many a writer’s job. Sure, when you’ve finished your literary masterpiece, you will be itching to get it to...
Read more
By Cruz Lena
October 4, 2018
882
Facebook
Twitter
Pinterest
WhatsApp

If you are a smoker, have you ever tried to quit before without using stop-smoking aids and gone cold turkey? If you have, you...
Read more

CAR-T cell therapy is a method of immunotherapy that has shown promising success in treating cancers such as non-Hodgkins lymphoma, multiple myeloma, and B-cell...
Read more

Online virtual keno is a great way to have fun while also learning about the world of cryptocurrency. All you need is an internet...
Read more

﻿ Guide created by Life for Relief and Development
Read more

Cruz Lena - July 31, 2022 0
If you are a smoker, have you ever tried to quit before without using stop-smoking aids and gone cold turkey? If you have, you...