The Impact of the Cricket Helmet

The impact of sports equipment on the evolution of top-level sport is often understated. The use of helmets in cricket has had a huge impact, changing the culture of bowling and batting, and helping to develop skills for both sides of the ball. Here we take a look at how the cricket helmet has changed the sport for good.

The biggest difference the cricket helmet has had on the psychology of a professional cricketer is that a batsman is no longer worried about the speeding ball bouncing towards them!

The Old Fashioned Approach to a Fast Bowling Attack

There have been many famous fast-bowling attacks in international test cricket. From the Douglas Jardine-led England side of the 1930s that took on the exquisite Donald Bradman and co. in the Bodyline Ashes tour own under, to the great West Indies sides from the late 1960s through to the late 1980s, and the Donald Bradman Australia team of the 1970s and 1980s. 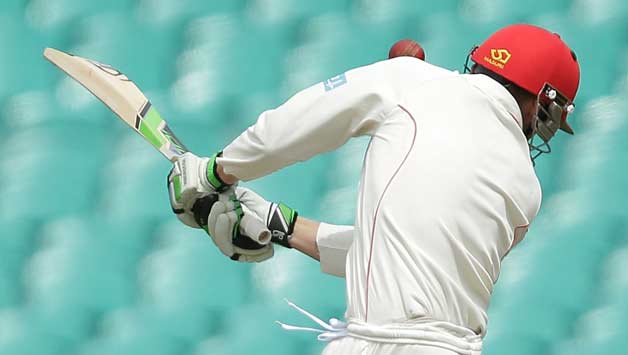 One of the things that you would notice if you go back and watch test matches involving the majority of those sides is that the batsmen would have been wearing woollen flat caps, with no head protection from the bouncing speed of the cricket ball hurling towards them. The batsmen often looked in despair as to how to approach the setup, going onto the back foot more often than not, giving themselves more time and distance to deal with the ball. The bowlers were in control for the majority of the time, but times have changed with the onset of cricket helmet use.

The Development of Batting Due to Cricket Helmets

Compare this approach to the modern day game and it’s a complete switch around, with the batsmen now bullying bowlers the majority of the time in international test cricket. Modern batsmen often put their front foot forward, advancing towards the bowler when on strike, shortening the distance between the batsman and the ball and attacking the strike.

This change is down to a number of factors, including the state of modern day cricket pitches, but the biggest impact has to be down to the use of helmets. One of the biggest factors in the success of the fast bowler in the past, and especially those great sides we mentioned earlier on, is that they brought on fear in even the greatest batsmen. Once the use of helmets was enforced the batsman is suddenly protected in all the important areas of the body. Even a tail-ender won’t sit in fear and move further and further back towards the wicketkeeper as a fast bowler approaches the crease.

Even in junior cricket these days the cricket helmet is worn at all times, from the nets to the crease and this is a positive thing as it has vastly reduced the number of injuries sustained, some of which could of course have been life threatening. The helmet is an essential part of the cricket equipment from the first set you buy as a youngster.

Why do people like to buy the Maserati watches?

Distribution by top Italian brands maserati watch are one of the most prominent and best-looking watch models worldwide. It comes under the best and most luxurious...
Read more
Shopping

Even if you’re living far away from your motherland, you must keep a stern desire to tuck in a traditional dress during religious occasions,...
Read more
Shopping

If you think you have what it takes to design and make your own clothes, it isn’t as difficult as you might think, and...
Read more
By Cruz Lena
January 25, 2017
507
Facebook
Twitter
Pinterest
WhatsApp

Unique Casino Games Presented in Korea: Make Your Weekend One To Remember

One of the best things about traveling is experiencing new cultures. Korea is one of those places, and it has a lot to offer...
Read more

Cats can be a wonderful and rewarding addition to your household. For many people a house doesn’t feel like a home unless it has...
Read more

In this context, the discussion is about online lottery. This game is played since ancient times. It is played in foreign countries as well....
Read more

The IT industry is coming up with new technologies and methodologies every day. Among the innovations, cloud computing technology is foreshadowing a bright future...
Read more

Unique Casino Games Presented in Korea: Make Your Weekend One To...

Cruz Lena - July 31, 2021 0
One of the best things about traveling is experiencing new cultures. Korea is one of those places, and it has a lot to offer...

Widening Up Of The Game With Website To Buy Online Lottery...

5 Mistakes To Avoid When Choosing a Health Insurance Policy In...